In his testimony today, before the Senate Committee on Homeland Security and Governmental Affairs’ Subcommittee on Disaster Recovery, Senator Richard Shelby expressed his concern with the speed at which payouts are being made to claimants affected by the Deep water Horizon spill. “We must ensure that individuals and businesses are compensated now, but also put in place mechanisms to assist them with rebuilding and restoration efforts as the Gulf continues to recover from this disaster.” He also requested the dispersal of fines collected by the EPA under the Clean Water Act, “Finally, as we continue with the recovery efforts along the Gulf Coast, Congress needs to swiftly address the allocation of the Clean Water Act fines from the BP oil spill. The entire Gulf Coast faces an enormous ecological and economic disaster – with an estimated impact of as much as $3 billion in Alabama alone. Under the Act, BP could be liable for penalties up to $20 billion.”

We applaud Senator Shelby for his efforts on behalf of the people of Alabama. We are, unfortunately, also very confused. Isn’t Senator Shelby a Republican? EPA, Litigation, Government regulations and fines….

Newt Gingrich is calling for the dismantling of the EPA, with its regulations and fines, to be replaced by what he calls The Environmental Solutions Agency, which would apparently just sort of make suggestions. Now that’s Republican, always against the “needless government regulations” as they call them. Newt would have the oil industry, as well as others, deregulated just as they will be needing regulation most. Deregulation hasn’t seemed to work very well as of late. But that’s Republican.

Republicans say “let the market decide.” They want to get rid of a person’s right of legal redress against…well, whoever their lobbyists represent. They want to let the banks be completely deregulated. Everything but your underwear drawer, your phone calls or your body is off limits. That’s Republican. This is the reason for our confusion.

Senator Shelby, did we hear you correctly?

“America has the best health care in the world," Says Shelby, "Obamacare will destroy the quality of care and lead to rationing of it."

Respectfully, Senator Shelby, we must disagree. According the the World Health Organization, America doesn't actually have the best health care system in the World. We're actually ranked number 37. The WHO's who's who of countries with better health care than the US is divided up among more Left leaning countries and wealthy smaller countries. The Left leaning countries, of course, have comprehensive plans based on the needs of the people. The smaller, wealthy countries consist, mostly of oil producing countries whose per-capita income far exceeds ours.

As far as rationing. it seems the current model, that which the health care law has only just begun to repair, does far more rationing than the new law will, through the income gap and the current Wall Street induced unemployment. In fact the new law is designed, specifically to get ALL Americans covered by health insurance.

Repealing the new law seems like an unfortunate, politically motivated waste of time and money. Over 670,000 people in the state of Alabama are uninsured (source).The new law will, given time, insure them all. Before moving forward with the repeal of the health care law, let us see your plan in full. How are you going to guarantee a better plan for the American people? How will you be able to repair the system better than what you call "Obamacare" and help Americans get the services they need?

With all due respect, there has never been a Republican plan to fix the health care problem in our country. In fact, there has been nothing but misguided, politically based opposition, justified by an inaccurate interpretation of the constitutional limits of the Federal Government. This approach has served only a select few, content on maintaining the status-quo, their profit margins, and those paranoid about the role of government. Whereas the new health care law actually benefits the medical field, the American people, and the insurance companies. The only possible opposition is through the use of fear and fomenting an irrational distrust of government. In which case we should disband, first, the military, then the post office, the FBI, Homeland Security, then work our way down to the local police and fire departments. I believe this might be the goal of the GOP in fact.

We encourage you to use our good, old fashioned Alabama horse sense. Which in this case means the course that makes sense, the pragmatic course. Don't spend taxpayer dollars to overturn a law that can help so many. President Obama has welcomed reform, where it is warranted, he has welcomed compromise. Be reasonable. 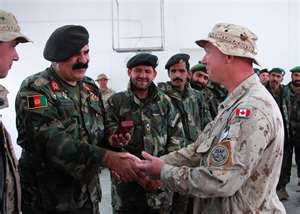 Recently, Fox News opinionater, Sean Hannity suggested we reinvade Iraq because they didn’t appreciate us. They didn’t greet us with flowers, like the liberators we are. He suggested we should just take the oil and use it to pay ourselves for the trouble we went through invading Iraq.

Mr. Hannity took some heat for this statement, the left wing blogosphere lighting up like the Fourth of July. People claimed this was outrageous. How dare he suggest such a thing? They seem to forget that this is what President Cheney and Vice President Rumsfeld promised to begin with.

The Left lit into him. At this, I take umbrage. Not only did I just want an excuse to use that word, perhaps the basis for this entire piece, but also to back up Mr. Hannity in his insightful stance.

I support the general approach, take what you want because you feel you deserve it. The future belongs to the bold, those willing to seize opportunities for their own benefit, seize, take control, dominate! If I have any complaint about this idea it is the target. Sure Iraq owes us for all our attentions, from the blockades and no fly zones, to the recent invasion. The question is not do they owe us. Do we really owe them? Our attentions are worth something. We have made that clear. And the Iraqis don’t appreciate it. We should reserve our attentions for someone who might better understand. Someone, let’s say, who speaks the same language.

They have oil. They’re close. And, by God, they owe us. We’ve been down here protecting them from Mexico for ages, and providing jobs for their actors, comedians, and singers. We’ve been buying up their cheap medicines and blessing them with our tourism. And in return we’ve gotten overpriced maple syrup and bacon that isn’t bacon. We’ve gotten a snobby attitude aboot how friendly they are and how crude and rough we are. I think we should show them. Let’s make them respect us. Let’s take what we want.

Why should we travel halfway around the world to reinvade Iraq? Been there…Done that! Canada has oil, lots of it. And thanks to global climate change, it will be like the mid-west, like home. We can go up there and show them how to make bacon. They are more like us. They still have a Queen. We can liberate them from her. She might go into hiding and we’ll never be able to catch her. We will, therefore, never have to leave.

Mr. Hannity. I invite you to join my cause. This is the greatest country on Earth. And if that doesn’t mean we can do whatever we want then I don’t know what does. I understand your sentiments. You’re hurt. You know the Iraqis just don’t get how happy they should be we came. But quit wasting your time. Let it go. My advice, for the future of our Manifest Destiny… Go North Young Man.

How can we expect our representatives to know what to do when we are so fickle?

In a recent poll released by the AP the number of Americans who favor stronger healthcare laws is now 43 percent, with those in favor of repeal now at 26 percent. Only 10 percent want a healthcare law which does less than the current law.

You work for a company for twenty years, you pay your insurance every year, every month, every day, expecting you'll be covered. Some policy gets changed, some plant moves overseas chasing cheap labor, then you're laid off. Since there has NEVER been a consistent strategy to level the playing field with our foreign competitors, the jobs aren't coming back. So "laid off" simply means "unemployed." You have to be smart enough to follow this scenario out. There are a number of directions this could go, most of them bad.

The most important issue in regard to healthcare is education. Yes... education and information are both so damaged in our country by the current political propaganda war and the Right's constant attempts to dismantle our education system, in favor of privatization, that we have a crisis of misunderstanding. The American people are so misinformed that they have no chance to make the right decisions. The misinformation battle has lead to a national schizophrenia which expresses itself in both our foreign and domestic policies. But what do we expect our leaders to do?

We, the American people, only respond with knee jerk reactions and would rather be obsessed with "Brangelina" or who is dancing with the stars, than concern ourselves with how many soldiers and civilians are dieing in Afghanistan or if our neighbors are losing their house because of bankruptcy or skyrocketing health care expenses. If anything happens which even mildly upsets our TV buzz we switch the channel. Or those that are obsessed with, and only watch the news, have hooked in so completely to the propaganda machine of their choice that all they hear is the shouting. TV has become our new national drug, it just depends on what kind of trip you're on. Why, because most Americans have forgotten how to read, or, for some, never leaned how. Reading allows a person to study information free from the manipulations of the talking heads.

Why reading helps the Liberal agenda: As with the healthcare bill, when people take the time to consider what the actual issues are, and reflect on them, the majority will side more with the truth, with the intelligent choice. Given time, facts like evolution, global climate change, peak oil, become accepted and ingrained in the social mindset. People realize them as the truths they are because they have had time to reflect and ponder, and see through the Right's disinformation campaign. This is why reading about an issue is so important. Although it might seem to take more time than being "fed" the information by a talking head, it actually speeds up our social evolution. Only through mass dissemination of the truth with time for people to absorb it can we correct the misdirection of our social awareness.

As with most issues, ideas about healthcare are evolving. They do not seem to be evolving in the wrong direction in the social mindset. People do not want to see their neighbors starving or dieing on the street. They do not want to see people lose their houses or their jobs (but closing the door and turning on your screen needs to stop being the preferred method for avoiding that sight). They want to unite and pull together. They have just not been allowed access to truthful information or advised on how to get this information. The good news is, over time the information seems to be sinking in. The bad news is, too many people are allowed to suffer and die while the American people slowly move in the proper direction.
Posted by Unknown at 1/18/2011 07:25:00 AM 1 comments

Meme of the Year 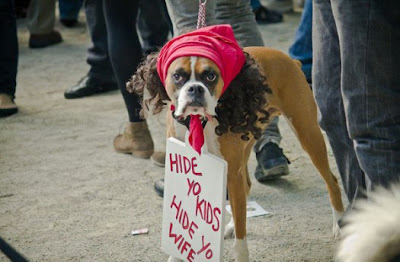