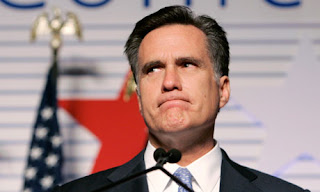 For months now, all kinds of people have been insisting on Mitt Romney's inevitability as the Republican party's presidential nominee. Surely you've seen it. It's been all over cable news, editorial pages, coast to coast, and, of course, the internet. But that insistence has not been accompanied by convincing explanations as to its own existence. It's almost as if Mittens' champions believe the force of repetition, fueled by their desire, will turn insistence into reality. Alas, things rarely work out that way. They do offer reasons for their belief, of course they do. It's just that none of them bear much relation to reality.

The favorite seems to be the idea that Romney has the support of the party bigwigs, whoever exactly they may be. As evidence, they say he's getting the vast majority of GOP endorsements, and has connected with the big donors who tend to gravitate toward the institutional favorite. It's true he's won the bulk of party endorsements thus far, about 55%, according to a Huffington Post analysis. But the same analysis confirmed earlier findings that the rate of those endorsements in this election cycle has lagged far behind that of the last five contested Republican presidential primaries. So, yes, those party bigwigs who have committed themselves thus far have gone for Mittens, but an awful lot of them are still withholding judgment, six weeks from the Iowa caucuses.

As far as the big money donors supposedly swarming Romney, they haven't materialized as his supporters would like to believe. His overall fundraising total, $32 million through the third quarter of this year, is dwarfed by President Obama's $88 million.  In the third quarter, silly Ricky Perry's campaign brought in $3 million more than Romney's $14 million. More to the point, 83% of his contributions came in amounts of $259 or less. Not such big money after all.

Then there's the idea it's Mittens' turn. According to this theory, Republicans have a self-defeating prediliction for nominating the previous election cycle's loser. For instance, John McCain. The problem with this one, though comes in his ever stagnant poll numbers. Try as he might, Romney cannot seem to get above 25% in national polls. He's been running for president for the last five years, and can't break 25%. If he's going to get the nomination as a kind of consolation prize for 2008, shouldn't someone have told the voters who'll have to give it to him by now?

Romney's debate performances have been universally acclaimed. Surely that should count for something, his supporters opine, shouldn't it? Maybe it should, but it doesn't seem to. So far, Mittens hasn't seen a single post debate bump in his poll numbers. Life is full of disappointment.

Last but by no means least, we have the electability argument. As one of my two Republican friends put it, Mittens "projects an air of competence and a technocrat mien, and he's profoundly unscary, not amenable to being demonized as a raving would-be starver of granny and such." This lines up pretty well with what other supporters have had to say. Basically, as they see it, Mittens has to get the nomination, because the other candidates are just implausible. But I'm afraid this view requires an awfully optimistic view of Republican primary voters. When did competence become a priority of theirs? I just don't see a technocrat mien appealing to the tea partiers, or all those Bush Jr. voters. I disagree wholeheartedly about his not being scary, in a general election context. He has reiterated his devotion to social conservatives' anti-choice, homophobic agenda sufficiently to elicit terror on my part.

More to the point, Romney's Mormonism makes him scary indeed to the evangelicals who comprise about 40% of Republican primary voters. In poll after poll, they consistently say they do not regard the Latter Day Saints as real Christians, and are disinclined to give their votes to a Mormon candidate in the primaries. On the plus side, their hatred of President Obama is such that, should Romney be the nominee, they will support him, despite his membership in such a creepy cult. Even so, I'm not quite understanding how a candidate who continues to lose to the incumbent President, in poll after poll, can be considered so very electable. I guess these things are relative.

According to a recent Washington Post/ABC News poll, one third of likely GOP primary voters do see Romney as the most electable. Not exactly an overwhelming consensus. Worse yet, 70% say it's more important to them to vote for the candidate who most closely represents their beliefs, than for the candidate most likely to win the White House. Not a wise approach, but there it is.

It always comes back to those pesky poll numbers for our Mittens. His just aren't great, not great at all. They suggest a candidate who, far from being an inevitable victor, is something of a long shot. Whatever the reason, voters just don't like him that much. Might be that technocratic mien. Even soulless Republicans need to feel an emotional connection to their candidate. Romney offers them no point of connection whatsoever. He has no personal charisma, no compelling story, really nothing for them to grab onto. Newt Gingrich, on the other hand, is a roiling petri dish of emotions. Just saying.