Method to the Moderates 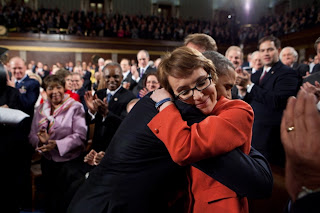 As I watch the Republican primary unfold I feel my aching joints and aging, sore muscles more acutely than ever. The comical way the debates play out and the sadness with which supporters see their champions rudely unmasked for who and what they really are, having been hoodwinked or brainwashed to believe their candidates actually desire more than victory. It's a sad extension of the human condition, but in truth more akin to the social maneuverings in a pack of junkyard dogs. It makes my body all too self aware of the rut in which the human race finds itself, wiggling around with no power or strength of will to break free. I feel so old since I've been watching the same mess over and over throughout my life.

Where is the motivation to serve? Where is the empathy? These are the only admirable driving forces for serving one's country, to protect and serve the group. Nowadays it's more a lustful frenzy of self serving extremism, using base notions to drive campaigns. Policy becomes an extension of the campaign. And therefore our country falls further into the pit. I vaguely recall watching the passion and bluster of Richard Nixon when I was a boy, the events narrated by the unmatched delivery of Walter Cronkite. I can honestly say in the face of today's offering of politicians and media talking heads I miss them both. Yes...even Nixon. He had plans that were meant to fix the problems of the World. He was, for sure, a horrible egomaniac. In light of the candidates running now, it seems a bit justified.

Ron Paul seems to be the only one in any of these debates who exhibits any admirable traits, expressing many ideas and notions that stem from a desire for good policy as opposed to knee jerk pandering. His opponents' ideas are obviously designed solely to win. I'll admit that many of his ideas are appealing. The ones that aren't, and the basic concept that the Government has such a limited role to play, at the exact time when other nations are forging ahead on the world stage with just such close involvement from their governments, makes him an unappealing choice. But philosophically I can at least understand what his ideas stand for. And he seems to be the only candidate currently running for the Republican nomination with any character. He harkens back to a simpler time. But things are far from simple now.

Newt Gingrich has so many flaws it's a wonder he has ever been taken seriously. The moon base idea is actually one of his better plans. But maybe we could have done that in the 90s. Or maybe we can wait a bit...until people aren't hurting as much. (Now Mars...I could get behind that plan.)

Santorum...cool name. If you drop the Rick part, it's almost a super hero name. Or a Sufi, a poet. But...it's not. And it's Rick. And he will undoubtedly pander to the religious right wing. And how can you believe a word of his God talk when he's a politician. In fact...God talk is so wrong to bring into politics just given the very nature of both. It is an unholy union.

Romney...totally just wants to win. Republicans know this all. That's why they're sure to pick Romney. Certainly not a super hero name. I'm very liberal, and the guy doesn't piss me off. He seems like he is just driven to succeed and has no ill will toward me or my fellow Liberals. So if, as they say, President Obama is such an awful leader, why not go for a Santorum, or a Gingrich? Because they know that the swing vote might go for Mitt. Quite possibly they will choose diversity for the Vice Presidential position, a woman, an Asian or maybe an "actual" circus clown.  It's strategy driven, not by ideals.

The Republican party has set itself up, marginalized itself so much that if it puts forth the candidate that represents the nature of the GOP today it will be apparent that the driving force of traditional Republican values runs counter to the desires and needs of the American people. Traditional Republican thinking is backwards, designed to return us to policies that have time and again proven failures, unbridled market worship...wars on everything...including Americans.

Unfortunately, the same can be said for the Democrats. In truth, we can see that political ideas to date, based on the old paradigm of us vs them have failed. Politicians are required to play a game and pick a card. They cannot afford to align themselves with the policies of the opposition, lest they lose their financial backing, lose the game. The American people however, are not playing a game. They are losing their houses. They are struggling with day to day issues that to many lead to a spiraling cycle and a downward trend that might take years from which to recover, if it is even possible. The American people need solutions.

Too many extremists in our own country, driven by social philosophy, religious dogma, greed, corporate interests, etc forget that according to most polls, and based on simple observation, today's America is divided nearly down the middle in it's support for political parties. That is why the few in the middle have so much pull. Why each side will attempt to appear reasonable. That is why every American should take pause, get serious and think about the effectiveness of each policy put forth by each candidate. Stop listening to the commercials. Stop screaming rhetoric. Stop using labels. Seek out the person who espouses the desire to represent the American people as a whole, who is willing to compromise, realizing that he or she is acting on the behalf of our entire country.

Currently the person most seemingly willing to compromise is President Obama. He makes me mad sometimes. He doesn't do everything I think he should. That's exactly the reason the American people should make the adult choice and reelect him.  In turn, he needs to get the job done so we can go back to grilling out and drinking beer.