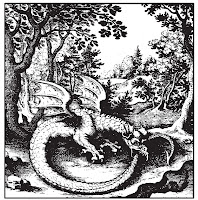 We are inundated with daily reports of the economy. Most of the time they are negative or apocalyptic, but other times they seem to be taking on a bit of an optimistic flare. Just a couple of weeks ago, for instance, the country was thrilled to receive the news that the monthly job numbers had been aggregated and compiled by whoever the hell does that sort of thing and had improved to a surprising level. This bit of refreshing information, however, was quickly picked apart by the various pundits and talking heads until it resembled a banal carcass after a funeral pyre. They had determined, through references and inductive reason, that the numbers were not that great after all and may, in fact, signal a coming collapse of this market or that market. So we sit and wait for the coming good news which should be on the way, since we’ve supposedly left the recession in our wake.

The relief from nervousness never seems to come, though. So I would like to offer you a different rubric on which you might be able to measure where we are in our upswing or total collapse. This rubric is only a local measurement tool, but despite our steadfast allegiance to national news, we all live, work, and shop in a local setting. Even the prices at the national franchises we frequent are subject to local demand. So you might think of this measurement as a more practical one than the high and mighty job numbers.

To what degree has the community turned in upon itself for sustenance?

Depending on your socio-economic status you may be wondering what I am talking about. But take it from someone who has worked in and has close ties to the blue collar communities in and around the Birmingham area: If you want a gauge on the viability of a local economy, watch the scrap yards.

The working poor are the first to lose their jobs when an economy tanks and it just so happens that they are the most resourceful of us all. In the past couple of years we have seen an uptick in copper theft. In December of 2010 the lights from the city Christmas tree were stolen for the copper wiring. Later that year, hundreds of people in West Birmingham lost telephone service for hours when a chunk of the telephone grid was stolen. The Mount Zion Baptist Church in West End was hit three times, with thieves stealing the copper from the air-conditioning units. And then just last month seven air-conditioners were ransacked at Fairfield City Hall.

These are only the higher profile cases. There have been many thefts since the economy crumbled. AT&T says that Alabama has the highest rate of telephone line theft in the country.

Vacant warehouses too are a major target, offering larger wire and more cover than outdoor theft. Many of these thefts require a bit of knowledge of electricity and competence with tools. As businesses close and leave their buildings unoccupied those marginalized at the bottom of a society turn inward for fuel.

When the economy is growing people are working outward. They go to work, help to build wealth and cultivate a region. But when that growth is stifled and scarcity takes hold, the community consumes and recycles itself in a very natural turn of events.

So next time you wonder what the state of the local economy is, ask yourself: What is your community’s current rate of cannibalism?
Read more from Ian Hoppe at his blog Polymath Moshpit.
Posted by M. David Hornbuckle at 5/16/2012 07:51:00 AM