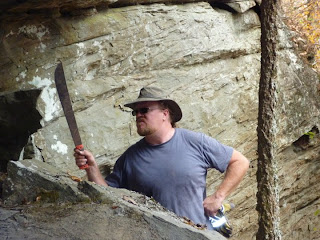 The novelty will probably wear off before too long. But for now the various little chores and big tasks required to get up and running are kind of fun. I, my wife and our two young children are living off grid. By off grid, I mean backwoods off grid. We’re away from it all. It has been our plan to build an earth berm house for years, incorporating various alternative energy sources and a complete lifestyle change to reduce our addiction to the wasteful habits of modern life. Some of these habits are so ingrained we don’t even think about them.

I once worked for this woman who lived in a very large house. She dressed in expensive hippie clothes. The police in her neighborhood would more likely than not pull me over if I was there after dark. From what I could tell of her life, she was very spoiled and very wasteful. I remember when she saw some of my stickers she began to identify with me. I don’t think people like this understand how uncomfortable that kind of thing makes people like me. You simply can’t have it all. We have completely different ideas about success. 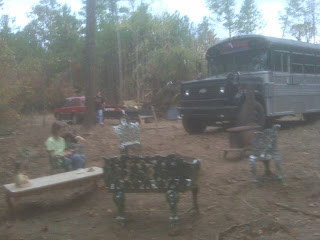 After we spoke for a while she told the nanny to get the kids ready. She politely and with a look of utter self-satisfaction, put the kids in the back of her SUV and drove away. She had just had a lovely encounter. I winced at the “Live Simply So That Others May Simply Live” sticker on the back of her Chevy Tahoe. (If you don’t get why I winced, ask just about anyone else around you to explain.)

My family struggles to have enough money to get started. I’ve researched alternative living for years, since my days as an anthropology major at our prestigious local U A of B. I’ve kept up to date on the emerging technologies and improvements to old technology. But like so many others we kept spinning or spiraling into debt, or when lucky, just dead broke. I know many of you can understand how wonderful it is to make it back up to just broke. 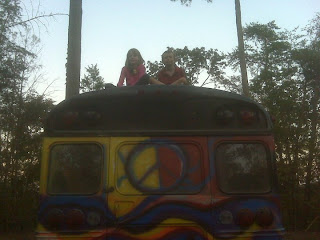 A while back, we moved into a little farm house in the country, trading work on the house for rent. We bought a wood burning stove and some propane heaters and began to practice for our new life. The house was built in 1860-something, had real log floor joists set up on dry stacked stone. When built, there were no building codes and it was put together a bit on the cheap. Of course, I need to shut up because it was put together before electric circular saws and nail guns. So the men who built it are probably tough enough to rise up from the grave and come give me a good thrashing. We spent a great deal of time and effort to get the house livable. But it was a constant uphill battle. In truth, the house needed far more love than anyone will ever give it again. But it helped toughen us up. It never got cool enough in summer or warm enough in winter. It was full of brown recluse spiders (who really never bothered us by the way). Once they figured out we lived there they moved into the walls and left us alone. But it was a good transition to a hard life.

Earlier this year, we had a bit of a disagreement with our landlord at the farmhouse. We had a few words when I refused to shoot some stray dogs that were making a ruckus on the property. The spirit at the old farm house became tainted. It was time to move. 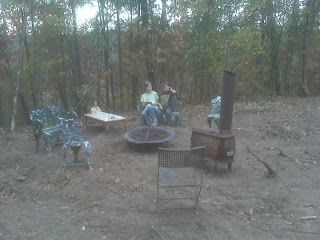 We bought an older RV and pulled it over to the property on the river. And yes, I do realize how lucky I am to have a few acres on the river. The beauty of an RV is that it is actually self-contained and designed for conserving energy and water. We already had an old school bus on the property so we had plenty of storage space and a fairly safe haven in a storm. The beauty of the school bus is that they’re made strong. Until we get our first shipping container out here, a component of our future house, we’ll use the bus as a safe haven during storms. Not the best by any means. But after weathering the fear of twisters in the old farm house, the bus is actually a step up. So with a few generators and some salvaged lumber we’re setting up camp. 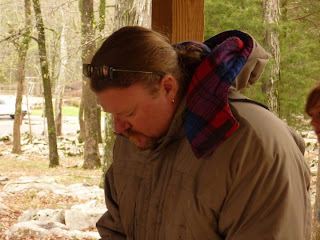 I know once we get established we will be able to have most of the comforts offered by the grid. I’ve seen others who live the same if not better from renewable resources. But for now, it’s the hard life. I try to look at the positives, the way man once must have. For instance; the rains just came back in. It makes our new driveway a complete mess. My kids cried because we had to walk 1000 feet to get to the car parked past the mud puddles (the jeep broke down again). They made it onto the bus and I got back home. I realized how much water was falling out of the sky onto my head. So I quickly set up several wash basins under those troublesome low points in the tarp and sliced a drain hole. Rainwater for free. That’s how it is.